Previews of the Beer Festivals in the UK and abroad! 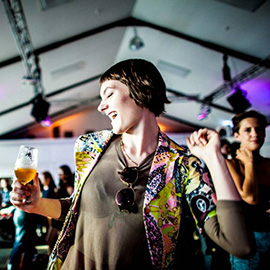 We're getting busier by the day in the DC Site Services office which can only mean the 2014 event and festival season is picking up pace!

We'd like to send out a big thank you to everyone who has been risking the weather to work with us in March and April at some of the season's first events.

If you're longing to be out in the spring sun but won't be joining us working at an event until later in the season, our friends over at the PAAM Volunteer Software Blog have just released their previews of the Best 2014 Beer Festivals in the UK and abroad!

A beautiful show, with everything in the right place and running as it should, thank you all very very much indeed.