DC Site Services was established in 1993 by Dick and Janet Collins. Originally, this was to supply staff for various aspects of Greenfield Event Management and included site management, the provision of site crew, stewards for crowd control at both pedestrian and vehicle entrances and controlled parking of vehicles. DC Site Services was also the first company to offer a service to supervise, control and ensure public safety for campsite facilities provided by the promoters. The removal of litter and waste from events has also long been a part of the Events & Festivals services package offered. 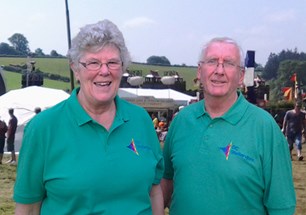 Dick and Janet Collins have been involved with UK Events & Festivals since the late 60s when they started by supporting the local Samaritans fundraising team involved with the West Wycombe steam rally, an annual event of county show standing. The steam rally was the first to combine a rally during the day and a 'pop' show at night with Neil Sedaka and Roy Wood & Wizard topping the bill!

Additional support was provided to the steam rally by the promoters of the Reading Festival, and this led to Dick and Janet joining the Reading Festival event team or as it was seen at the time 'training school' for outdoor event staff. This is the way that hands-on training was achieved as there were no colleges or universities offering courses at the time.

Dick and Janet worked at weekends on various shows over the following four years organised by the Reading Festival promoters. Following this, Dick worked on the Reading Festival show full time for several years before taking this experience to form DC Site Services Ltd.

We’ve had many staff work with us over the years, with several staff now heading towards long service awards! To date, we now service anything up to and exceeding 100+ Events & Festivals each year which run through the summer and continue on into the winter months with a database of Event & Festival staff into the thousands. The DC Site Services staff database ranges from students looking for extra money to help them through their studies, to professionals wanting an escape from the 9-5 and to those who work at Events & Festivals year-round. No matter the reason for applying to work with DC Site Services, our staff are well-known for being fully committed and usually enjoy the experience so much they return year after year.

From its small beginnings, DC Site Services has expanded its operations considerably throughout the years. Initially, the company’s services would include providing a handful of staff, often a gathering of family and available friends to provide services of up ten events each year. By the late 90s, the company database had grown to an approximate 150 Event & Festival staff, providing services to more than 20 Events & Festivals each year.

DC Site Services in the Noughties

The growth of the company and requirement for improved recruitment and management techniques inspired the creation of the company website in 2001; initially built and maintained by a friend of the family, Mark Hatchard. He formed this website during his spare time while studying, and later formed Mark's Hampshire Web Design company, Hotbox Studios.

Even in the early noughties, it was never expected that DC Site Services would grow as rapidly as it did over the following years. The staff base quickly grew to over 350 and the company started providing services to around thirty events each year, many running over the same weekend and located country wide!

Due to the addition of small jobs and extra requests at short notice, it was only at the end of 2005 that Dick and Janet realised that in a single year DCSS had employed over a thousand staff at more than fifty Events & Festivals!

In the following years the UK Event & Festival industry grew exponentially. That growth has brought increasing demands and requirements from legislation, regulations and guidance from the government and governing agencies. Recognising that the industry continues to evolve and grow, as the end of the noughties approached and following more than forty years of involvement, Dick and Janet began to consider both their retirement and the future of DC Site Services...

Matt Hettle started work with Dick and Janet Collins as a litter picker for a Food and Farming event in Hyde Park in 1992. Matt continued to work with DC Site Services for many years, all while maintaining a full time job, taking time off to attend events and support the team with litter picking, stewarding and traffic management. Matt gained experience and knowledge in all aspects of event work while gradually taking on greater roles within the company. Eventually, Matt was made Director of Operations in 2011 after leaving his full-time job.

From here the team continued to expand due to the ever-increasing demand on the business administratively, to support this demand all undertakings were moved into what became the first operational office outside of Wycombe. This was based in Fengate, Peterborough and became the central point of all communications with event staff and clients alike. Soon after came the introduction of a small but dedicated office team including administrator and now Office manager, Lindsay Gilbert, Payroll Manager Lyn Hettle, and finally, then Operation Manager Jonathan Beresford. In November 2014, the growing team moved from Fengate to a larger base of operations in Whittlesey, Peterborough. 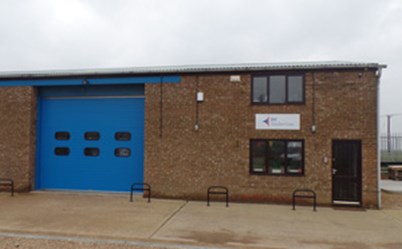 The continuing growth of the industry was met with DC Site Services striving to push forward and meet this demand. In 2016 we expanded the Operations Team to include Ed Hawker to help maintain and eventually Manage the client base after Jonathan’s departure in 2017, and would later be joined by Scott Mason in 2019. The administrative team was also strengthened with additional Administration Assistants.

Due to investment in new equipment and vehicles, the need arose for this area of the business to be closely monitored and managed which led to the creation of a new role, Fleet and Stores Manager. This role oversaw the logistics for the fleet and equipment in storage and organised and monitored the stock of cleaning products, materials, and equipment, supervised the ever-growing fleet of DC site vehicles, and prepared the vehicles for departure to site. This position also managed health and safety procedures and risk assessments at the unit and was responsible for the distribution and upkeep of crew uniform.

In 2019 the office team expanded once more to include a new office assistant; Summer Buckley who has since developed into the role of Recruitment Administrator. By the end of 2019, DC Site Services was providing staff and services to upwards of 200 Events & Festivals per year.

2020 was a difficult year for many businesses, particularly for those within the Events & Festival industry with lockdown restrictions as a result of the global Covid-19 pandemic meant that only a very limited number of small events were permitted to go ahead, effectively wiping out an entire year of revenue. This had a significant impact on DC Site Services as a business, both financially and in terms of the direction and future of the company. Despite this setback, we continued to retain a core office team, though structural changes did mean that a few of our team members moved on. 2020 will be remembered as a tough year where we all dug deep to ensure a safe return to an industry we know and love.

2021 was a make-or-break year as a company. The year kicked-off amidst much uncertainty as to whether planned events would go ahead, with many events and festivals forced to cancel in the early part of the year due to a general atmosphere of anxiety and a lack of government-backed insurance.

The company also had a significant shift in senior management with Ed Hawker, former Head of Operations moving onto greener pastures to start his own gardening business. We also said farewell to Matt Hettle, who still works within the industry and played an integral part in the development of DC Site Services as a whole.

Scott Mason and Dan Sheard now form our dynamic Operations Team. Dan is a familiar figure on-site and, in the office, progressing from crew member all the way up to Operations Manager. We also welcomed back Scott as he resumed his role as Operations Manager. Scott brings with him years of experience working within the Company and events sector. Aidan Swords, a festival-hardened crew member also joined the office team to support both payroll and admin departments.

With only a small window between the government giving the green light to go ahead and the festival season launching, we were left with the prospect of, at short notice, condensing six months’ worth of events into essentially three. Helping the team to achieve this goal was Samantha Ingram, who took up the role of Project Manager and Stores Assistant. Samantha is a familiar face to most crew, having worked with DC Site Services in various capacities both onsite and at the office for the past ten plus years. With the team pulling together, we not only succeeded in doing this, but the overwhelming feedback from event organisers has been among the most positive we’ve ever received at DC Site Services.

We now look ahead to future seasons, ready for what the industry has in store.

I know I can rely on DC staff to turn up on time, with the kit they need, and do the job well and not leave until its done. Its always a peace of mind that I don't have to ever worry ahead of events.